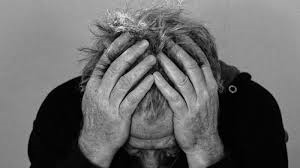 This page considers the different types and patterns of abuse and neglect.  It is not intended to be an exhaustive list, but an illustrative guide which could give rise to a safeguarding concern.

If you are unsure whether a person’s situation may require a formal safeguarding concern to be raised, please refer to the Threshold of Needs Matrix for guidance.

Includes; theft, fraud, internet scamming, coercion in relation to an adult’s financial affairs or arrangements, including in connection with wills, property, inheritance or financial transactions, or the misuse or misappropriation of property, possessions or benefits.

Includes; rape, indecent exposure, sexual harassment, inappropriate looking or touching, sexual teasing or innuendo, sexual photography, subjection to pornography or witnessing sexual acts, indecent exposure and sexual assault or sexual acts to which the adult has not consented or was pressured into consenting.

Any sexual relationship that develops between adults where one is in a position of trust, power or authority in relation to the other (e.g. day centre worker/social worker/residential worker/health worker etc.) may also constitute sexual abuse (see Allegations against staff and volunteers).

Domestic abuse is any incident or pattern of incidents of controlling, coercive or threatening, degrading behaviour, violence or abuse… by someone who is or has been an intimate partner or family member regardless of gender or sexuality, towards a person aged 16 or over.

Many people think that domestic abuse is about intimate partners, but it is clear that other family members are included and that much safeguarding work (that meets the criteria set out in Section 42 of the Care Act 2014) that occurs at home is, in fact is concerned with domestic abuse.  This confirms that domestic abuse approaches and legislation can be considered safeguarding responses in appropriate cases.

Includes; assault, hitting, slapping, pushing, kicking, misuse of medication, being locked in a room, inappropriate sanctions or force-feeding, inappropriate methods of restraint, and unlawfully depriving a person of their liberty.

Includes; neglecting to care for one’s personal hygiene, health or surroundings and includes behaviour such as hoarding.  It is also defined as the inability (intentional or unintentional) to maintain a socially and culturally accepted standard of self-care, with the potential for serious consequences to the health and wellbeing of the individual and sometimes to their community.

Neglect and Acts of Omission

Includes; ignoring medical, emotional or physical care needs, failure to provide access to appropriate health, social care or educational services, and the withholding of the necessities of life such as medication, adequate nutrition and heating.  Neglect also includes a failure to intervene in situations that are dangerous to the person concerned or to others, particularly when the person lacks the mental capacity to assess risk for themselves.

Neglect and poor professional practice may take the form of isolated incidents or pervasive ill treatment and gross misconduct.  Neglect of this type may happen within a adult’s own home or in an institution.  Repeated instances of poor care may be an indication of more serious problems. Neglect can be intentional or unintentional.

Includes; slavery, human trafficking, forced and compulsory labour and domestic servitude.  Traffickers and slave masters use whatever means they have at their disposal to coerce, deceive and force individuals into a life of abuse, servitude and inhumane treatment.

A large number of active organised crime groups are involved in modern slavery. But it is also committed by individual opportunistic perpetrators.

There are many different characteristics that distinguish slavery from other human rights violations, however only one needs to be present for slavery to exist.

Includes; unequal treatment based on age, disability, gender reassignment, marriage and civil partnership, pregnancy and maternity, race, religion and belief, sex or sexual orientation (known as ‘protected characteristics’ under the Equality Act 2010), verbal abuse, deorgatory remarks or inappropriate use of language related to a protected characteristic.

Hate crime can be viewed as a form of discriminatory abuse, although will often involve other types of abuse as well.  It also includes not responding to dietary needs and not providing appropriate spiritual support.  Excluding a person from activities on the basis they are ‘not liked’ is also discriminatory abuse.

Including neglect and poor care practice within an institution or specific care setting such as a hospital or care home, or where care is provided within a person’s own home.  This may range from one off incidents to on-going ill-treatment.  It can be through neglect or poor professional practice as a result of the structure, policies, processes and practices within an organisation.  Such abuse violates the person’s dignity and represents a lack of respect for their human rights.